The Other Journal (TOJ): With Obama becoming president, it seems like we’ve seen a lot of ugly, racist uses of language in the public sphere. How do you work as a poet when language is being used that way in our culture?

Marilyn Nelson (MN): First of all, I avoid it. It’s so ugly what’s going on now. The talking heads and pundits who think they know so much—there’s a lot of idiocy being thrown out there. I turn it off.

The other side of that is, about three years ago, I was teaching an introduction to poetry course at the University of Connecticut, and most of my students were white—there was one African American and one Asian in the class, otherwise it was twenty-six Caucasian kids. And if we dealt with a poem that was about any kind of non-Caucasian experience, my class couldn’t discuss it. They could not use the word “white,” and so they couldn’t discuss it. I remember there was one poem by Louise Erdrich, and it was about the confrontation of Native American children and Caucasian teachers in an Indian boarding school. And the students could not say the word “white.” So they would say, “Well, and then the girl goes to the door, and then she discovers that the other people don’t like her.” They couldn’t say the word. It was so bizarre. So it’s probably important for this country to learn how to talk about this issue.

Everyone has those assumptions. I have them too. Not too long ago I was in Zimbabwe, and I was riding a bus from the airport to the hotel in Harare in the evening, and I was just idly looking out the window and I saw a black man running. And my first thought was that it must have been a robbery. And then I realized that I was in Africa. Who else is going to be running? Why was I making this assumption? I was making this assumption because that’s what Americans do. That’s the image that’s in the media, and you have to fight it.

TOJ: So how do we as writers find the language to talk about race? How do we work as writers to recover that language?

MN: I think that what we have to do is use the language and recognize the fact that if we’re not careful, language uses us. There are assumptions that the language makes that we have to fight. For example, I once wrote to the editor of a journal that I subscribed to, to tell him that I had taken an issue of this journal on a trip and read it from cover to cover, and every one of the short stories in this journal had one or two passages that I found offensive. They were things that are completely unconscious. For example, the writer of the story would say “I got on the subway, and there were three people sitting down and a black man listening to a radio.” So the assumption behind that was that there was a difference between people and the black man. And that’s language. And that’s what we can do is recognize it, see it, and learn how to change it. And honestly, in every one of the stories in this issue of the journal, there was something kind of like that, where the language made a racist assumption, and it was unconscious; the writer didn’t recognize it.

MN: I think we just use it and love it. It’s not the language that’s evil; the language is a tool. You don’t destroy a hammer because it hits your thumb; you learn to use the hammer more carefully.

Years ago, I taught with a man in the German department at the university. And every year he was the one who organized the Christkindlmarkt at Christmas; they had a big traditional German Christmas fair, and he was the one who directed the German language play every spring. And I went to his retirement party after I had known him for several years, and lo and behold, he was a German Jew! He had left Germany in the thirties when all hell started breaking loose; he had come to the United States. And he had said that if we give up on the German language with its wonderful tradition, its great literature, then we’re letting the Nazis win. And so he got his PhD in German and taught it all of his life. His name was Herbert Lederer, a really great teacher.

TOJ: What are you working on now?

MN: I’m putting the final touches on a collection of poems about African American history, which seems to be what I’m called to do. This one is a story about a nineteenth-century village in upper Manhattan that was founded by free African Americans in 1825 and lasted as a distinct village until 1857, when it was destroyed in the creation of Central Park. So I’m almost done with that.

And I just recently saw the illustrations by Timothy Basil Ering (who illustrated the Tale of Despereaux) for a picture book I’ve written, and the illustrations are fabulous. It’s a picture book about a dog that gets marooned on a desert island for some time, and while he’s marooned, he’s longing for his master, and he’s having adventure. The title is Snook Alone. It’s a picture book about the dog, but it’s intended to be on another level an allegory for adults about contemplative prayer, because this dog belongs to a monk, and the dog has learned to sit every day while the monk prays. And then the dog gets lost and he basically learns to do what the monk does, and he arrives at compassion for all living things, which is where contemplative prayer takes you. I’m hoping it can be read on two levels, that children will enjoy it for the adventure story and the wonderful pictures of the dog but that adults will be able to read it as something more serious.

TOJ: How did that project come about?

MN: I have a friend who I call Abba Jacob—I’ve written a lot of poems about him, and this is an Abba Jacob story. He has spent a lot of time on uninhabited islands in the Indian Ocean, and he has told me a lot about what the islands are like. I happened to have the thought during a visit to his hermitage that it would be interesting to write a little book about his dog—he really did have a dog named Snook, and Tim’s illustrations are based on a photograph I sent him of the dog. And I just said, wouldn’t it be neat if we put Snook on one of these islands and had him learn to meditate? So my friend Abba made a map of one of those islands for me and described what he would see and what he would experience, and I just wrote the story. It’s going to be fabulous—it’s really beautiful and funny at the same time.

TOJ: So it sounds like you’re continuing to find ways to integrate your faith and your writing.

MN: Yes, this is the first of two picture books that are about the spiritual life. I feel like that part of my life is in everything I do. 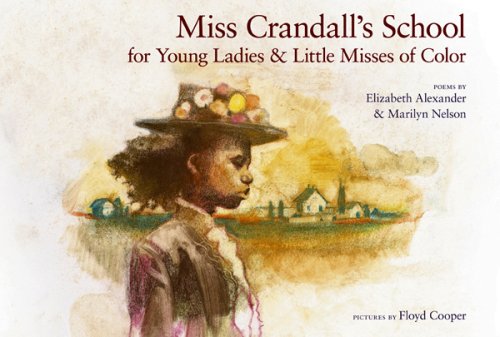