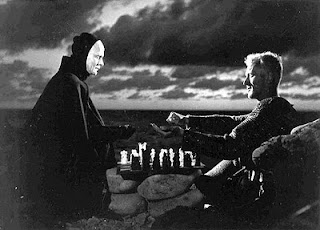 from Later: What does procrastination tell us about ourselves?
by James Surowiecki
The New Yorker, October 11 2010

“The essence of procrastination lies in not doing what you think you should be doing, a mental contortion that surely accounts for the great psychic toll the habit takes on people. This is the perplexing thing about procrastination: although it seems to involve avoiding unpleasant tasks, indulging in it generally doesn’t make people happy. . . .

“Most of the contributors to the new book (“The Thief Of Time,” ed. Chrisoula Andreou and Mark D. White) agree that this peculiar irrationality stems from our relationship to time – in particular, from a tendency that economists call “hyperbolic discounting.” . . . Hyperbolic discounters are able to make the rational choice when they’re thinking about the future, but, as the present gets closer, short-term considerations overwhelm their long-term goals.

“A similar phenomenon is at work in an experiment run by a group including the economist George Loewenstein, in which people were asked to pick one movie to watch that night and one to watch at a later date. Not surprisingly, for the movie they wanted to watch immediately, people tended to pick lowbrow comedies and blockbusters, but when asked what movie they wanted to watch later they were more likely to pick serious, important films. The problem, of course, is that when the time comes to watch the serious movie, another frothy one will often seem more appealing. This is why Netflix queues are filled with movies that never get watched: our responsible selves put Hotel Rwanda and The Seventh Seal in our queue, but when the time comes we end up in front of a rerun of The Hangover.

“The lesson of these experiments is not that people are shortsighted or shallow but that their preferences aren’t consistent over time. We want to watch the Bergman masterpiece, to give ourselves enough time to write the report properly, to set aside money for retirement. But our desires shift as the long run becomes the short run.”

One might posit that the length of time Syndromes And A Century has sat on the shelf is directly proportionate to how much we consider the Apichatpong Weerasethakul flick a responsibility, something one should be doing, an unpleasant task. However unconsciously.

Busted. By their queues shall ye know them.